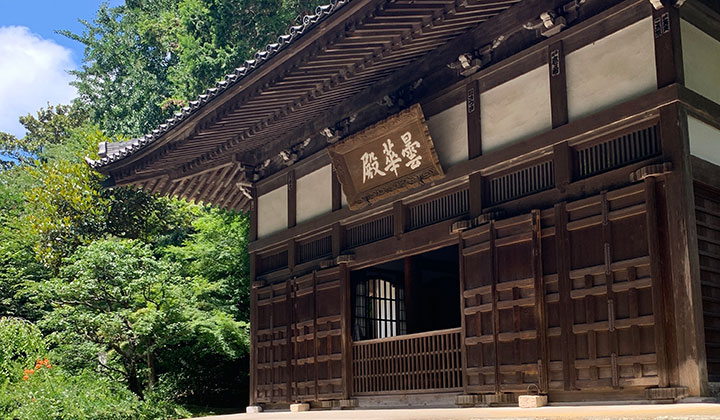 Jochiji temple was built 1281 upon the death of Munemasa Hojo, the third son of Hojo Tokiyori who was the fifth regent of Kamakura government.

Its construction work was advised by Chinese monks, thus the Bell Gate and the Main Building feature Song architectural style. 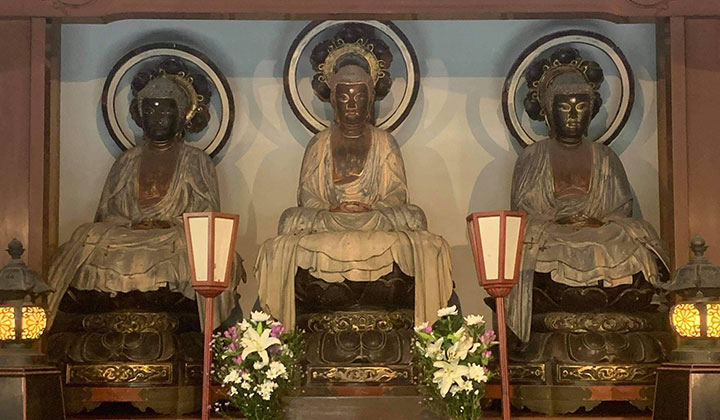 Tathāgata of Amitābha, Tathāgata of Shakyamuni, and Tathāgata of Maitreya are the Buddhas of respectively the past, present and future world. They listen to our every wish.

The Main Building“Donge Doh”is named after the legendary flower that opens once in 3,000 years. Meeting the Three Worlds Buddhas is as rare as it.

The present statues were made in Muromachi period because they had been burned once. The long robes hanging down at both sides of Buddhas and black floor tiles are China (Song dynasty) Style.